You Can Call Me…

I was writing an email to a guy who ran some tests on me.  We spent a day together, laughed together and shook hands at the end.  When I write, there is a distance.  I began my email, Dr. Bryan. 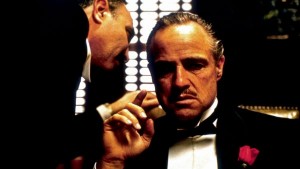 If I were to have the honor of meeting Barak Obama.  Regardless of the setting.  Regardless of how he addressed me.  When I address him, there would be distance.  I would say, Mr. President.

And then there are the people who come between us and them.

They are secretaries who you later find out are also the wives.  They say to you, “Dr. Bryan will see you now.”  It is as if their role is to remind us of the distance.  It is their role to stand between us and push that distance just a bit further.  Make the power a little more ominous.

They are chiefs of staff who come before and make sure only the right people are in the room.  They inform you that you will have 3 minutes with the President.  You will stand when he enters.  You will sit only after he sits.  You will keep your distance.

He stands between, stretches his hands and pushes us a bit further away.  He is the President and you are not.

Almighty God.  Elohim–God of gods.  God is a big and powerful God.  He created the world and all it contains.  His power is unmatched.

Sometimes we feel like it is our job to stand between God and people and push them a bit further apart.  We start talking about Holiness.  We point at little specs in eyes.  We sort out the right kind of people.  We shake and shout, reach out our arms make some distance and demand that people give God the respect He deserves.

And the one he has placed between us?  He is called the “Advocate” whose job is not to push us apart, but to indwell us and be God in us.

The God whose power is omni–the God who calls to the morning and it dawns, says to us, “Call me “Abba”.  Call me “Daddy.””