Have you noticed we have names for people we don’t like?

“They are just white trash.”  “Those liberals!”  “Those rag-heads are all out to get America.”  “Neo-cons just don’t care about anyone.”  “He is an Uncle Tom.”  “He is just hanging out with the brothers.”  “Dumb cracker.”  They are just a bunch of hay seeds.” 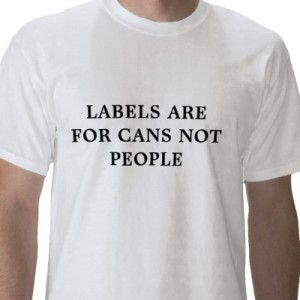 Religiously we have some of the same quick labels.  “Liberal,” “Once-Saved-Always Saved,” “Post-modern,” “Traditional,” “Sinners.”  We say them with all the same vigor that people talk about their hated neighbors.

In Jesus’ day, the Jews would point at a Gentile, make a face and spit out the word, “Dog.”  A racial slur.  A separation.  An ugly divide.  It said, “You are different from us, we are children, you are dogs.

It is hard to imagine any greater divide than the one between humanity and God.

God created us to be sons and daughters, but we told Him we didn’t want to be those children.  So we did everything we could think of to separate ourselves from the God who created us.  We became we and He.  We were separate.

Unwilling to abide our division, God became a man and dwelt among us as Emmanuel, God with us.  And through Jesus’ life, ministry, death and resurrection He was one of us.  He came to show us there is no we and He.

For Jesus, there are no children and dogs.  That is why when we look at Mark 7:24ff we are so perplexed.  Jesus says to the Syrophoenician woman who is asking for His help, “It is not good to take the children’s bread and throw it to the dogs.”

The woman makes a clever response, then Jesus says, “Because of your answer…” and heals her daughter.

The standard interpretation for this passage says the woman’s clever answer turns aside Jesus’ decision not to help her.  It is not satisfying to me.

Something else has to be happening here.  Jesus did not divide people into “Children” and “Dogs” so however we interpret this passage, it must be consistent with who Jesus is.

….and here is what happend with it – Children and Dogs.

6 Responses to Children and Dogs